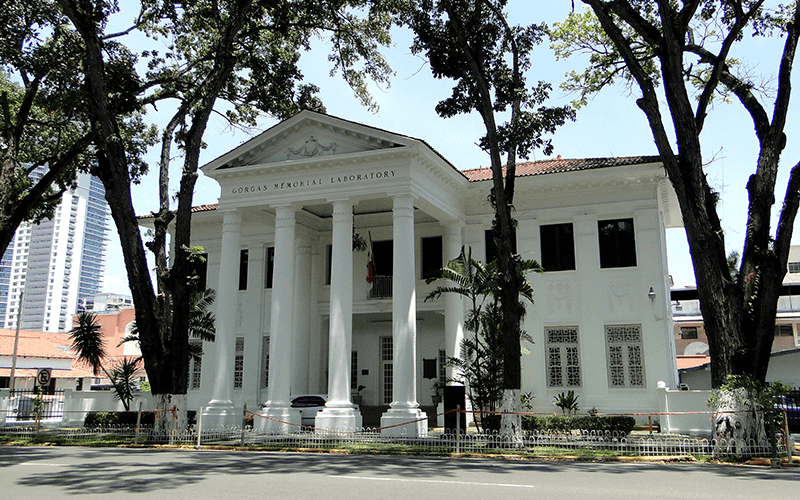 Gorgas and philanthropy: a successful formula in the fight against Covid-19

The Gorgas Commemorative Institute for Health Studies (Icges) is responsible for the conduct, strengthening and development of scientific research on health in our country. Its creation was the initiative of Dr. Belisario Porras in 1921, to honor Dr. William Crawford Gorgas, who eradicated yellow fever on the Isthmus of Panama, allowing the construction of the Canal.

On March 11, the World Health Organization declared a pandemic that has been billed as “a major and urgent threat to global health . ” Since the confirmation of the first case in the country, on March 9, the Icges, under the direction of Dr. Juan Miguel Pascale, has led the national diagnostic coordination of SARS-CoV-2, the virus that causes the Covid-19 disease. . Within this coordination, Icges laboratories in the capital and Darien are supplied with reagents and supplies, in addition to supporting other public laboratories in the country, including the Social Security Fund.

When a sample arrives at Gorgas, the cost of the supplies to carry out each test is between $ 30 to $ 35, not counting the cost of the personnel or the equipment required to be processed. The whole world is short of some of the basic components to carry out the diagnosis, therefore, the market forces to buy several different brands, some more expensive than others, so as not to stop the diagnosis.

The institution’s annual budget is managed in a different fund than that required to respond to the diagnosis of the new coronavirus. Until the second week of May 2020, the Icges has received $ 215,000 in state funds and almost $ 2 million in donations from private funds to deal with the crisis.

With respect to public financing, the government response regarding the acquisition of inputs lacks agility and flexibility to make urgent purchases. Additionally, many companies require advance payment, and this is not possible for the public system.

At the beginning of March, the Icges virology laboratory processed between 1 and 8 samples daily. Today it receives between 400 and more than 1,000 samples daily, not counting those made in other laboratories nationwide. With the public purchasing system, this amount of evidence could never be processed. It is here that philanthropy plays a determining role.

Philanthropy is a term of Greek origin and means “love of mankind.” Refers to help offered without requiring anything in return.

Globally, philanthropists have donated billions of dollars to fight Covid-19, including the Bill and Melinda Gates Foundation in the United States, the Carlos Slim Foundation in Mexico, and the Amancio Ortega Foundation in Spain. Jack Ma, the owner of e-commerce Alibaba, has donated supplies such as face masks, fans and tests for Latin America, including Panama.

Panamanian philanthropists are not far behind. The solidarity of foundations and business families has allowed Panama to comply with the national strategy of processing the largest number of samples to detect positive cases, isolate them and reduce contagion.

Most donors have purchased the inputs directly from suppliers, supporting not only with their money, but also making available to Icges the human talent capable of managing purchases, managing suppliers and transport logistics.

Nicolás González Revilla, vice president general of Corporación Medcom, said: “I am confident that we can move forward… We maintain our social commitment, now more than ever. Gorgas counts on us, just as we count on them ”.

For his part, Juan Raúl Humbert, vice president and general manager of Banco General, said: “A great learning from this crisis has been the importance of investment in technology and health. From private companies, we are committed to supporting the State to get out of this pandemic and work to be better prepared in the event that we face another in the future . ”

We hope this is just the beginning of the private donor relationship in research at the national level. The public system could learn from the agility and efficiency of the private system to resolve crises in a timely and expeditious manner. The emergency we are experiencing has highlighted the importance of supporting the development of science and research in Panama and in the world.

Without a doubt we will get ahead and continue to grow as a country and as people.

Together, we move on, Panama!